Have you ever heard (of) Beamforming?

In modern wireless communications, beamforming is a widely used technique to reduce the interference between multiple links and increase the signal-to-noise ratio. This technique can be interpreted as “pointing” the signal towards a specific device, but this definition is not always obvious and does not explain how it is done. To better understand this concept, in this blog, we present a tutorial on how to realize a simple audio beamforming system, with the use of nothing but a laptop and listen to the effect it produces.

Like radio waves, sound waves can be beamformed too. What you will need for this experiment is a set of stereo speakers (e.g., those embedded in most laptops) and an open-source audio editing software called Audacity, which can be downloaded from [1].

Now that you know the frequency to be used, you can open Audacity and perform the following tasks, also shown in Figure 1.

You are now ready to listen to the audio signal. You can press the “play” button on the software and move your head around the speakers. You should be able to perceive that the sound you hear when you are in front of the speaker is different from what you hear when you are slightly to the side. This is because one track is beamformed (i.e., “pointed”) towards the front of the speakers, whereas the other track (the one that has been split and shifted) is beamformed towards the side. 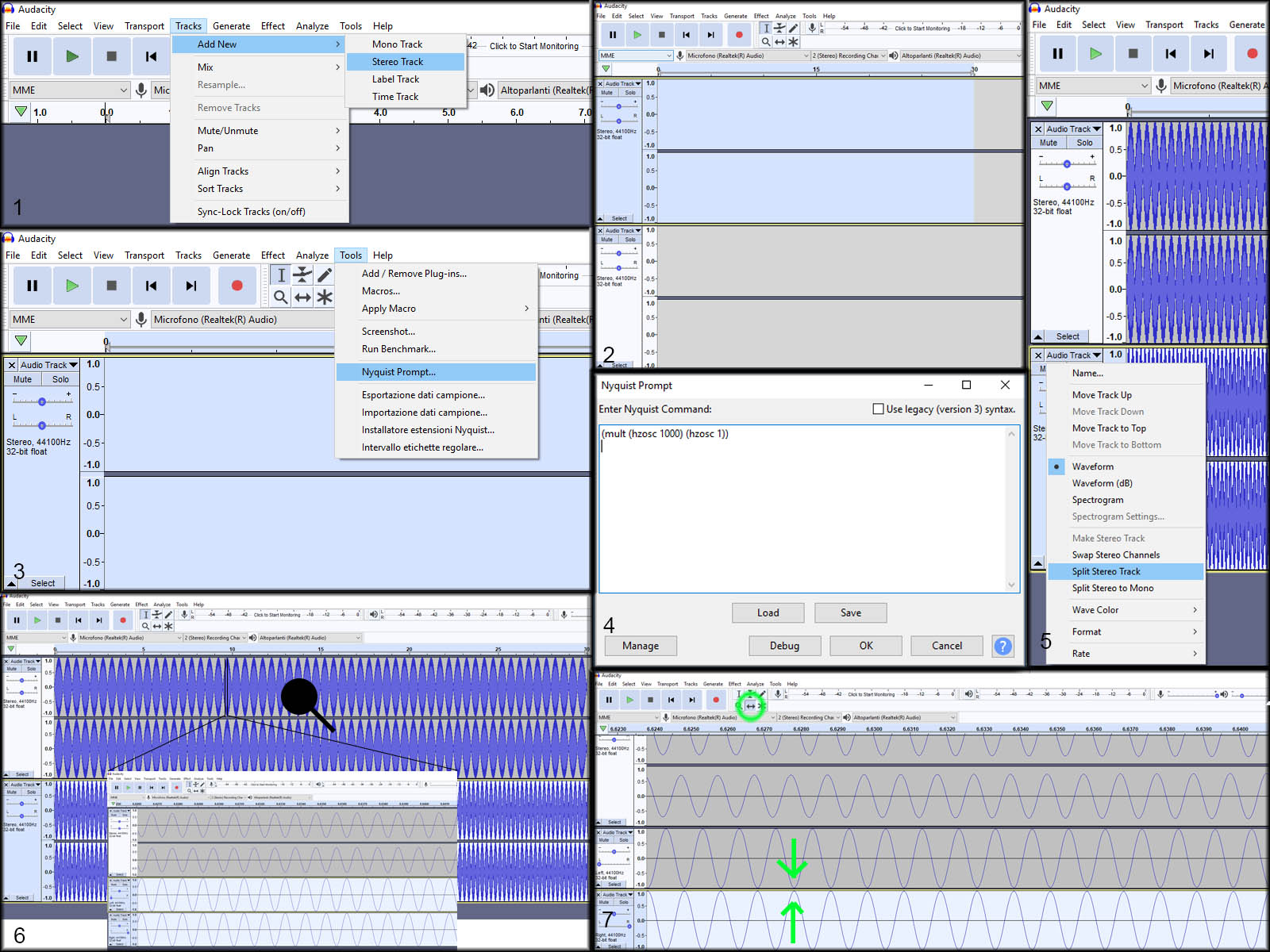 Now that you have listened to beamforming, we try to understand how this works. In Figure 2, you can see that when you are directly in front of the speakers, the waves that have not been shifted, represented in red, arrive at your ear together (technically, we say that they arrive in phase) because they are equally far from you. The waves that have been shifted (in step 7), instead, arrive with a delay of half a period (out of phase). When the two in-phase waves combine, we have constructive interference, and therefore, they sound louder, whereas with the out-of-phase signal we have destructive interference, so the two waves cancel each other. In contrast, when your ear is slightly to the side, the signal from the speaker that is further away from you has to travel a longer distance. Hence, the waves that start in-phase arrive out of phase and thus cancel each other out and the waves that start out of phase arrive in phase and are therefore perceived louder. For this reason, we can say that the sound from the track that has not been shifted is “pointed” to the front of the speaker, whereas the sound from the track that has been shifted is pointed slightly to the side.

It should be noted that this sum and cancellation of the signals is not perfect. You will have some other waves that reflect from the wall and recombine with the original signal. For this reason, based on the acoustics of the room you are in, you might only barely hear the difference. This also happens with radio waves and is one of the reasons why applying this technique is not trivial. 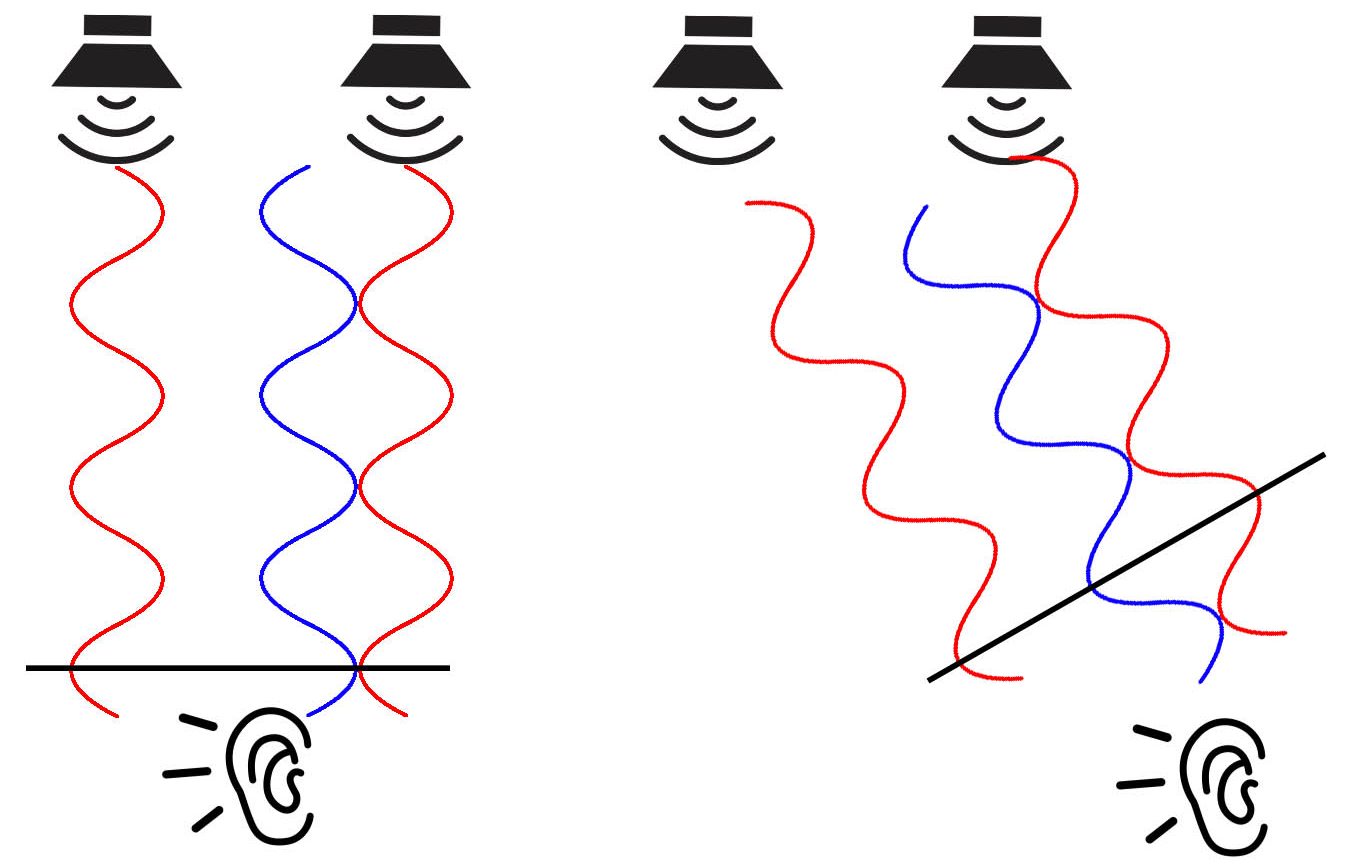 With this experiment, you have first hand experience and a basic understanding of how it is possible to “point” a signal in a certain direction. Starting from this very basic idea, mmWave transmitters can transmit different signals in different areas, and therefore, serve multiple devices at once (also known as spatial multiplexing). It is also possible to use this technique to increase the received power at a receiver, overcoming the high loss experienced by mmWave signals. Of course, this experiment is not enough to deeply explain all the details of beamforming and the current technology on the topic is very advanced and complicated. But nevertheless, we hope that this tutorial helped you to understand and experience the basic principles in a practical and interesting way. 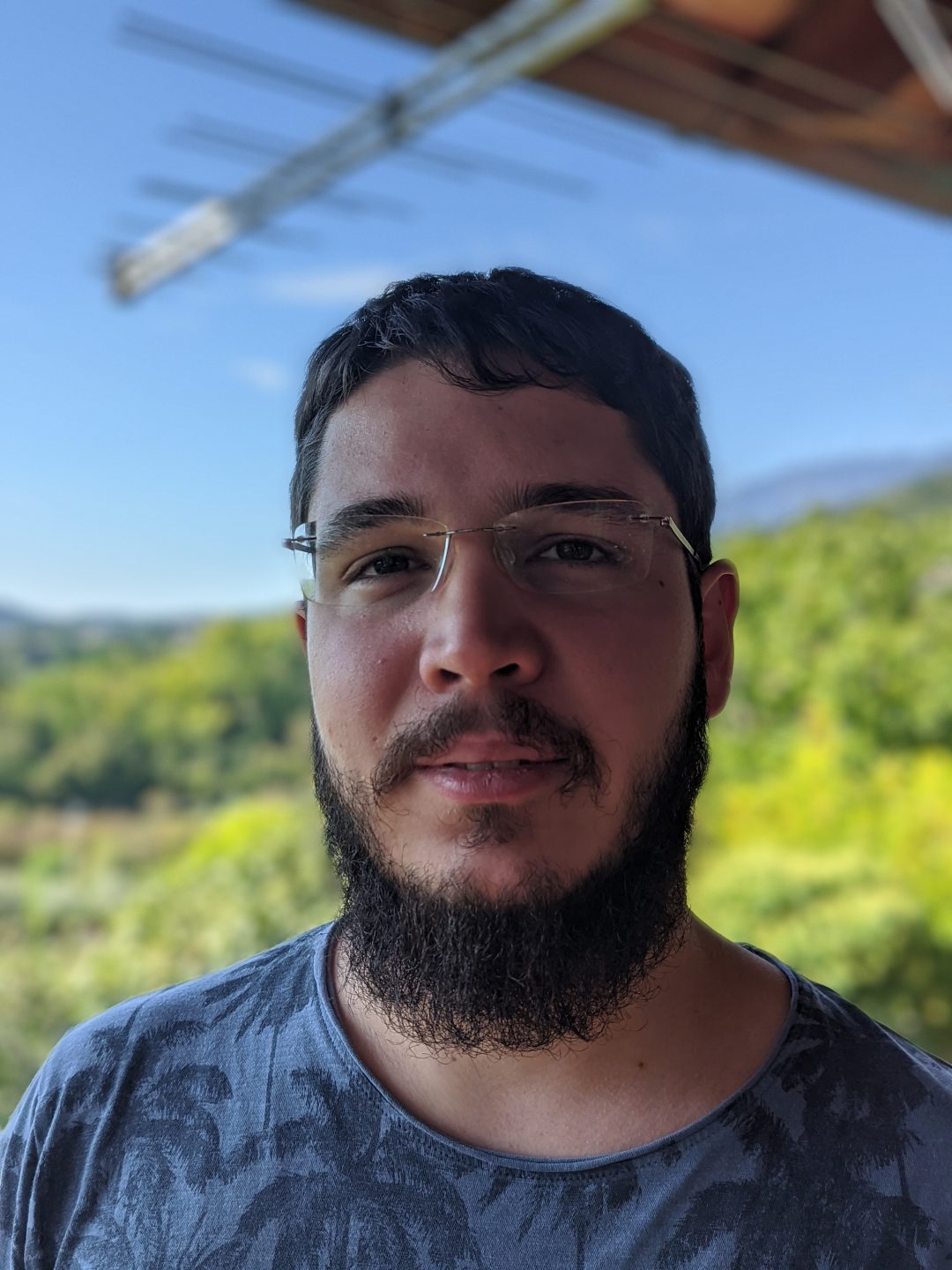 Andrea Bedin is an Early Stage Researcher for the EU H2020 MSCA-ETN MINTS project, currently working at Nokia Bell Labs in Espoo, Finland. He is also enrolled in the Ph.D. program in information engineering at the University of Padova.

His research interests are in low latency ultra-reliable communications for industrial applications. 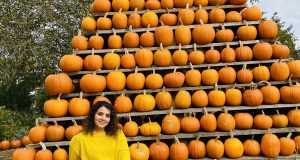 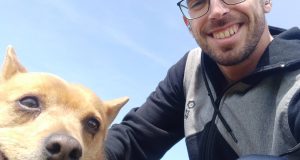 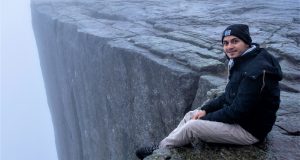